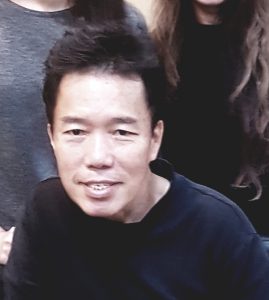 Daniel Ng is a professional, award-winning hair stylist and a London-trained hairdresser. Daniel’s passion for hairstyling surfaced early as he used to cut his own hair as a child. He found he had a natural talent for it. Daniel graduated to cutting his family members’ and friends’ hair as a hobby. But he abandoned his passion to follow a path in marine engineering when he left school.

Trained by the best

It wasn’t long before Daniel Ng realised that this wasn’t what he wanted for his future. He researched what he could do to make a career in hairdressing instead. His journey from being a self-taught hobby stylist to a professional award-winning master of the art of hair began when he enrolled in Jantzen School of Hairdressing in Singapore in the 1980s. Eager to master his art, he set out to learn from the best. He travelled to London to take up training with the best names in the business: Vidal Sassoon, Toni & Guy and Alan International.

Daniel was able to apply the skills learned to serving his clients and soon built up a loyal following in his Raffles Place salon. The numerous accolades he has won, including the prestigious Golden Scissors awards in multiple years, stand as testament to Daniel having mastered his craft. Crowned Grand Champion in all categories of the 7th Golden Scissors awards even won him a scholarship to the Paul Mitchell Academy in Los Angeles.

A hidden gem in Serangoon

Today Daniel heads up his flagship salon in Serangoon Central near Nex Mall. His talent is shared with his lucky loyal clients in Singapore’s heartlands. Committed to delivering the best service for his clients, Daniel is constantly on the lookout for the latest innovations and advances in hair care and treatments. He wants to bring the very best in the industry to his clients’ crowning glory.

A loyal client base

There’s a reason Daniel Ng commands such client loyalty, and it’s nothing to do with the prices. When you have a hair specialist who you can go to and say “I trust you, do whatever you think is best for me and my image”, you know you are benefitting from a hair specialist that has mastered something very special – the Art of Hair.

At Neo Geo, we believe that treatments should go beyond simply making you look good (although they do). We make sure we source for products that leave you hair in the best condition possible, without harsh chemicals and additives that strip the life from your hair.